Where Did Ocean Water Come From and Why Is It Salty 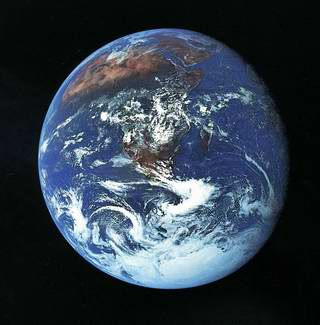 The oceans cover 70% of the Earth and hold an incredible 96% of our planet's water.

Sea water contains 220 times the amount of salt as fresh water. That would be equivalent to 1 teaspoon of salt added to an 8 ounce glass of water.

The Oceans are thought to be around 500 million years old and came about most likely by a process called degassing (Degassing happens when hot molten rocks, hot enough to liquify, emit vapor and gases from the Earth's interior).

When the Earth cooled down below the boiling point, the clouds that contained the vapors and gases basically rained down for centuries to create our oceans. Because of gravity, the water stayed in place.

Sources contributing to the saltiness of sea water are several; Decaying biological matter, weather erosion washing the Earth's crust and mountain minerals into the sea, rocks and sediment from the ocean floor, and solids/gases spewing from volcanic activity in the Earth's crust.

To give you an idea of how large our oceans are and how much salt is in them, if you took all the salt out of the ocean, you would have enough to cover the Earth's dry surfaces 500 feet deep...The height of a 40 story skyscraper.
(Information gathered from various internet sites and a US Geological Survey Publication)