Many would say that the grey wooden street signs and stop signs in Park Shore are dated and hard to read. The City of Naples has undertaken a pilot program to replace many of the signs in the area and the project is currently underway in Park Shore. The City Council approved the $75,000 project to remove and replace the dated wooden signs with decorative, Victorian-style black signs that include the Park Shore logo.

The goal is to install signs that are decorative, require less maintenance, and are easy-to-read, making the streets of Park Shore easier to navigate for tourists and the residents of Naples alike.  If well received, the city is likely to expand the project to areas like The Moorings. 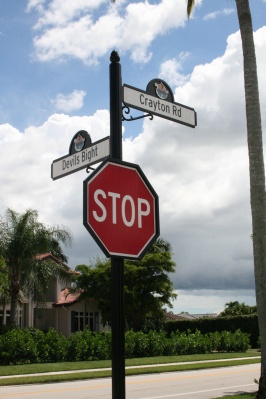